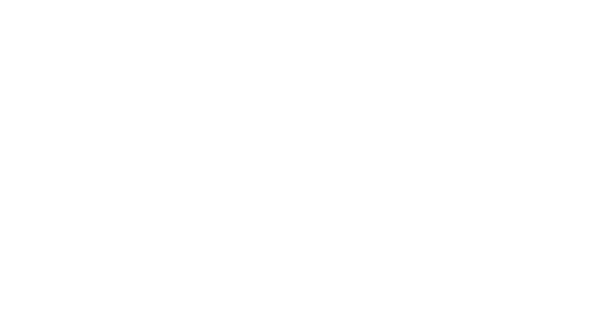 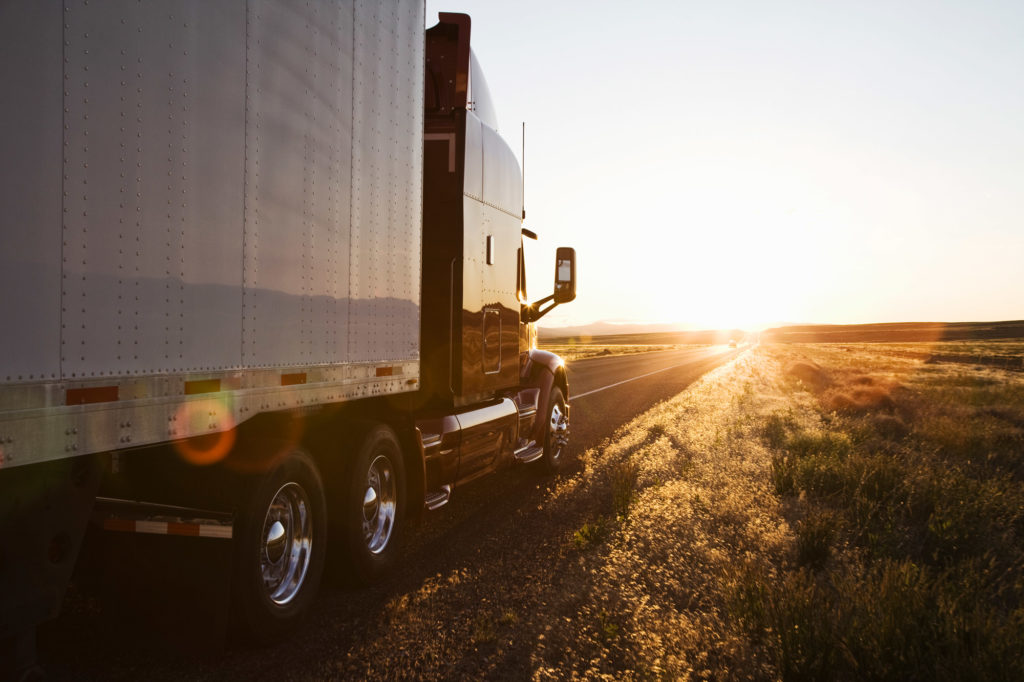 Low rolling resistance (LRR) tires are becoming increasingly popular due to their potential to improve fuel efficiency. Low rolling resistance commercial truck tires come in both new and retread models. As you consider your choices, you should know what LRR tires are, their benefits, and how they can be identified. Read on to learn more!

Low rolling resistance tires refer to the specific type of tire designed to counter these forces. Since they require less energy than a standard tire to get and keep them rolling, they generate less heat and require less fuel.

Low rolling resistance technology is found in two types: new tires and retreads. New LRR tires can be used in any tractor trailer position: steer, drive, and trailer; retreaded LRR tires can be used in drive and trailer positions only. Truck operators should ensure that they are using their tires on the intended axle position and that their tires are properly inflated for best results with fuel efficiency and low rolling resistance. View our low rolling resistance models that meet the United States Environmental Protection Agency (EPA)’s standards for size, performance, and testing.

As their name indicates, LRR tires have a few key identifiers that work together to combat rolling resistance, resulting in a more fuel-efficient tire. These unique properties are characteristic of low rolling resistance tires and distinguish them from standard models:

Low rolling resistance tires and retreads are manufactured from unique rubber compounds to form a stiffer, more energy-efficient tread. This efficiency is achieved because a harder tread allows the tire to stay cooler, meaning less energy is lost in the form of heat.

Learn about the proprietary rubber compounds used in our remanufactured tires. 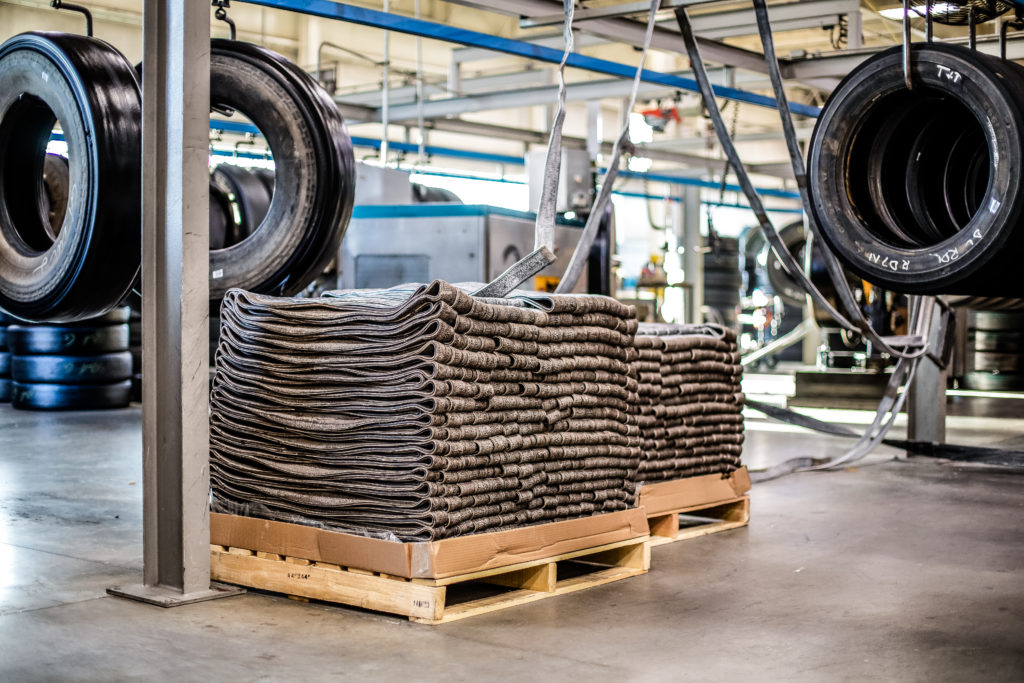 The tread makeup of low rolling resistance tires plays a role in their efficiency and distinguishes them from standard tires. Low rolling resistance tires are designed with a continuous tread design and reduced tread depth, rather than an individually blocked design. The benefit of this “connected” design is that it can seamlessly and harmoniously roll along the road as one unit, giving a streamlined performance and requiring less energy to propel your vehicle as a whole.

Tires and fuel economy make up a large portion of fleet costs: According to the U.S. Department of Energy, “approximately one-quarter of fuel efficiency” in class 8 trucks “comes from the rolling resistance of the tire, making the opportunity for cost-effective energy savings substantial.”

Significant advancements have been made in both tire manufacturing and retreading to design tires that maximize in fuel efficiency but don’t cost you in performance.

Switching to Wide Base Tires 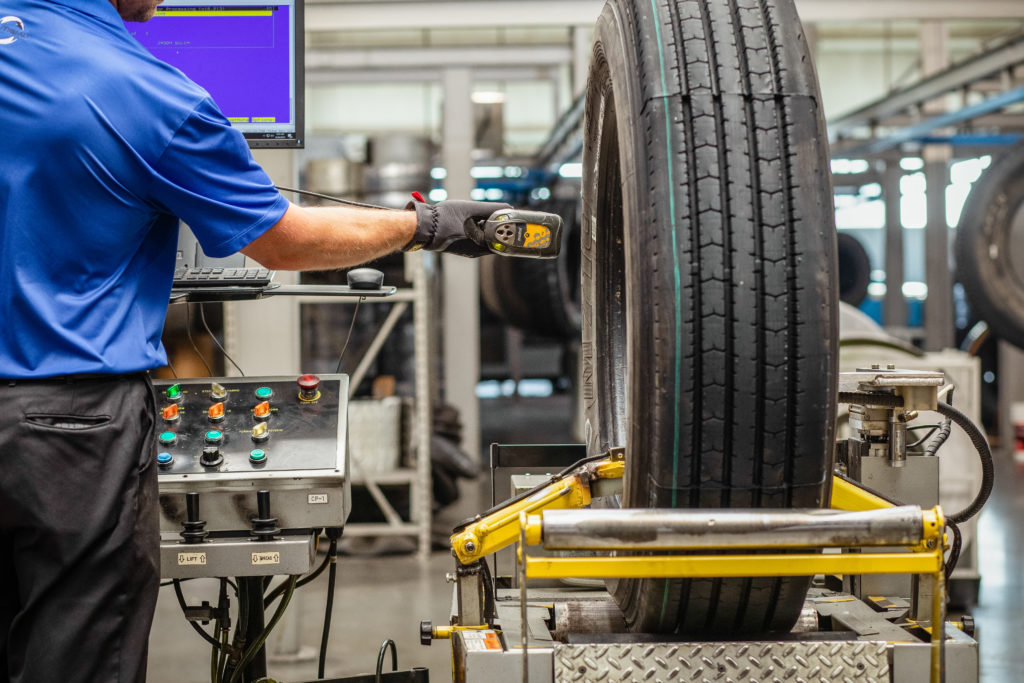 What is the Benefit of Low Rolling Resistance Tires?

LRR tires provide many benefits when used in the proper axle position, including:

Here is a bit of news from TRIB regarding our FIRST SmartWay Verification for two Mold Cure Drive Retreads:

Jon Langerak, President / CEO, said he is “proud and excited with the advancements and growth we are having in our industry with these remanufactured products.”

New videos that offer a glimpse into the world of AcuTread have been completed.  The videos aim to demonstrate the story of AcuTread.  Exhibited in the videos are the highly advanced retreading system that is engineered second to none.  AcuTread® uses leading edge technology to produce remanufactured tires that parallel the specifications, aesthetics, and performance of new tires.

AcuTread Alliance Group manufactures and distributes tires from locations in Alabama, Arkansas, California, Florida, Illinois, Kentucky, Michigan, Ohio, Tennessee and Virginia as well as through a network of dealer associates.

Sumerel Tire is the first AcuTread manufacturer to introduce the SAT trailer tread for Regional Trailer and Spread Axle use. Bob Majewski, President of Sumerel Tire, said, “This all-position tread was designed for exceptional wear, traction, rock rejection and high scrub applications. This is accomplished by its tapered tread grooves, increased tread volume and rounded shoulders. All AcuTread tires provide matched uniformity while in a dual wheel application for even wear and our appearance is second to none. We have built the line to handle all the diameter differences we are seeing with the Chinese casings in today’s market.” The SAT tread design will be available in LPR22.5, 11R22.5, LPR24.5, and 11R24.5 tire sizes.

AcuTread announced today that its STT retread is now verified under the provisions of the Federal EPA SmartWay program. The AcuTread STT is the first, and as of this date, the only SmartWay verified mold cure retread. SmartWay verification is pending for  AcuTread low-profile wide-base drive and trailer retreads, as well as conventional dual-application drive tire retreads. “The precision manufacturing process and operational advantages of mold cure retreading are now available in a SmartWay verified retread,” said President of the  AcuTread Alliance Group, Bob Majewski. 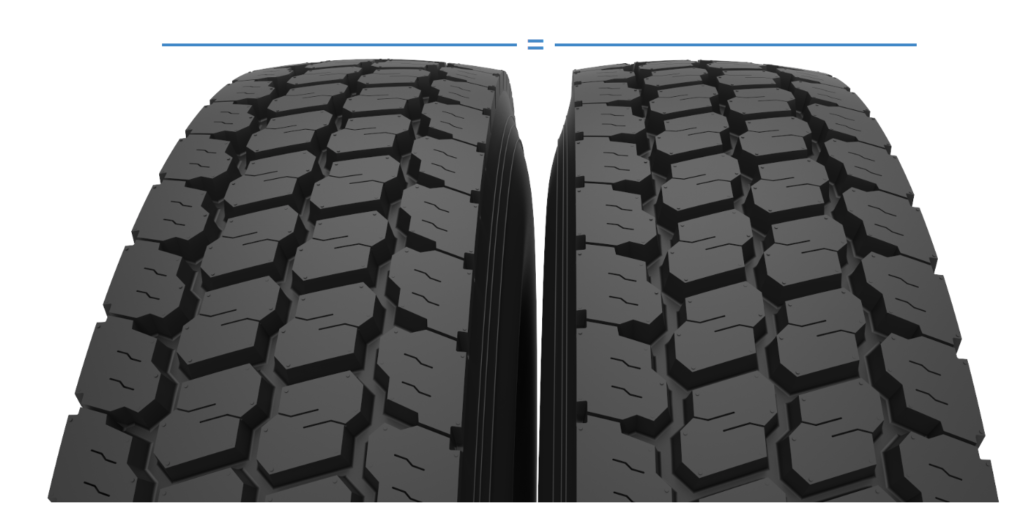